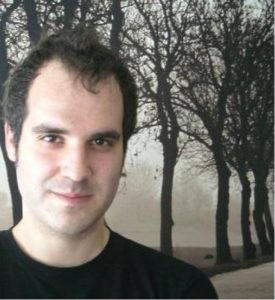 Dr Oliver Escobar is a co-director of What Works Scotland and leads on the Community Engagement workstream.

He leads on the Governance and Community Engagement workstream, and heads up the Participatory Budgeting research strand.

Oliver is a Lecturer in Public Policy at the University of Edinburgh (Politics and International Relations). He also co-leads Smart Urban Intermediaries and Distant Voices: Coming Home.

His contribution to What Works Scotland builds on his previous research on collaborative governance and participatory policymaking.

Oliver’s PhD research subject was participatory policy making, with a focus on the everyday work of public engagement practitioners in the context of local democracy in Scotland.

His academic career started in 2002 with a funded research project on the policy-making process of public intervention against poverty and social exclusion in Galicia. Between 2008-2010 he worked at the Dialogue Research Project helping to set up Queen Margaret University’s Centre for Dialogue. From 2010-2013 he was the Project Officer of the Public Policy Network. He was the Project Director for the Citizens’ Juries about Onshore Windfarms research project, funded by ClimateXChange, and has recently facilitated Citizens’ Juries on Health Inequalities.

From November 2013, Oliver has worked on Mixed Methods research and teaching with Prof. Andrew Thompson using data from a large study of the European Commission. He recently concluded the first part of an international study of ‘People who make a difference in neighbourhoods’ using Q Methodology with colleagues in England, Netherlands and Denmark.

Oliver contributed to the development of So Say Scotland, a hub for participatory politics and democratic innovation, as well as the year-long deliberative process led by the Electoral Reform Society: Democracy Max – An Inquiry into the Future of Scottish Democracy. In 2014, Oliver worked with the COSLA Commission on Strengthening Local Democracy, providing evidence and facilitating public engagement.

He also carries out participatory and deliberative projects for the Academy of Government.

In this interview with UNIR – International University of La Rioja – Oliver talks (in Spanish) about What Works Scotland’s focus on public sector reform, and his work with participatory democracy, the Smart Urban Intermediaries project and Disability Research on Independent Living & Learning (DRILL).

See more about Oliver and his work on the University of Edinburgh Politics and International Relations website.